A few days ago someone tweeted a question asking which of the following PHP snippets was better than the others, or whether there might be an even better approach.

I tweeted my answer in the following cryptic paragraph.

Place the if/else cases in a factory object that creates a polymorphic object for each variant. Create the factory in ‘main’ and pass it into your app. That will ensure that the if/else chain occurs only once.

Others have since asked me for an example. Twitter is not the best medium for that so…

Firstly, if the sole intent of the programmer is to translate:

…then his refactoring #2 would be my preference.

The proliferation of if/else/switch statements is a common problem in software systems. The fact that they are replicated in many places is problematic because when such statements are inevitably changed, it is easy to miss some. This leads to fragile systems.

But there is a worse problem with if/else/switch statements. It’s the dependency structure. 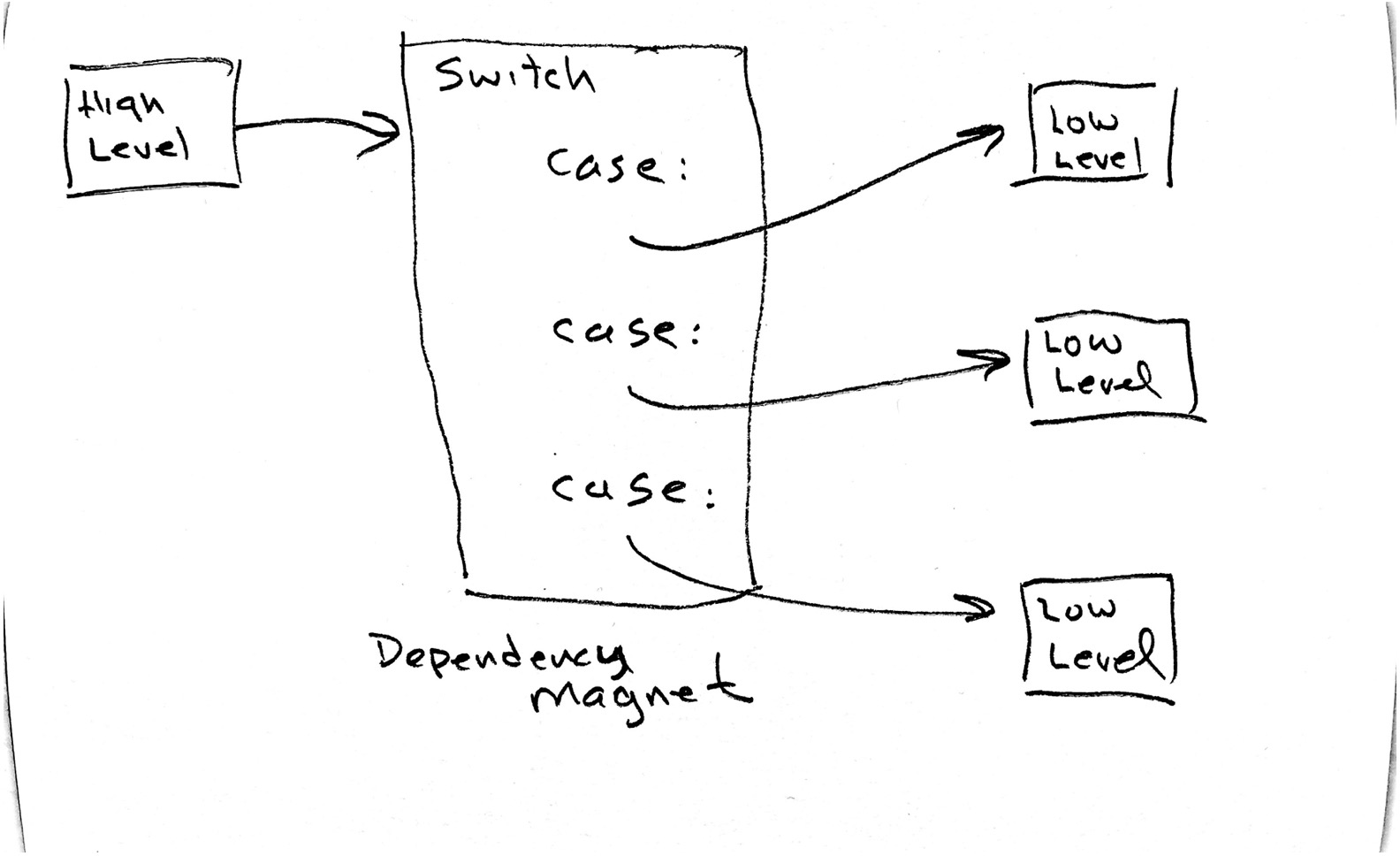 That’s bad enough. We don’t like dependencies that run from high level modules to low level modules. They thwart our desire to create architectures that are made up of independently deployable components.

However, the above diagram shows that it’s worse than that. Other higher level modules tend to depend on the modules that contains those if/else/switch statements. Those higher level modules, therefore, have transitive dependencies upon the lower level modules. This turns the if/else/switch statements into dependency magnets that reach across large swathes of the system source code, binding the system into a tight monolithic architecture without a flexible component structure.

The solution to this problem is to break those outwards dependencies on the lower level modules. This can be done with simple polymorphism.

In the diagram above you can see the high level modules using a base class interface that polymorphically deploys to the low level details. With a little thought you should be able to see that this is behaviorally identical to the if/else/switch but with a twist. The decision about which case to follow must have been made before those high level policy modules invoked the base class interface.

So where does the decision get made? The decision is made when the instance of the base class is created. Hopefully that creation happens in a nice safe place like main. Usually we manage that with a simple factory class. 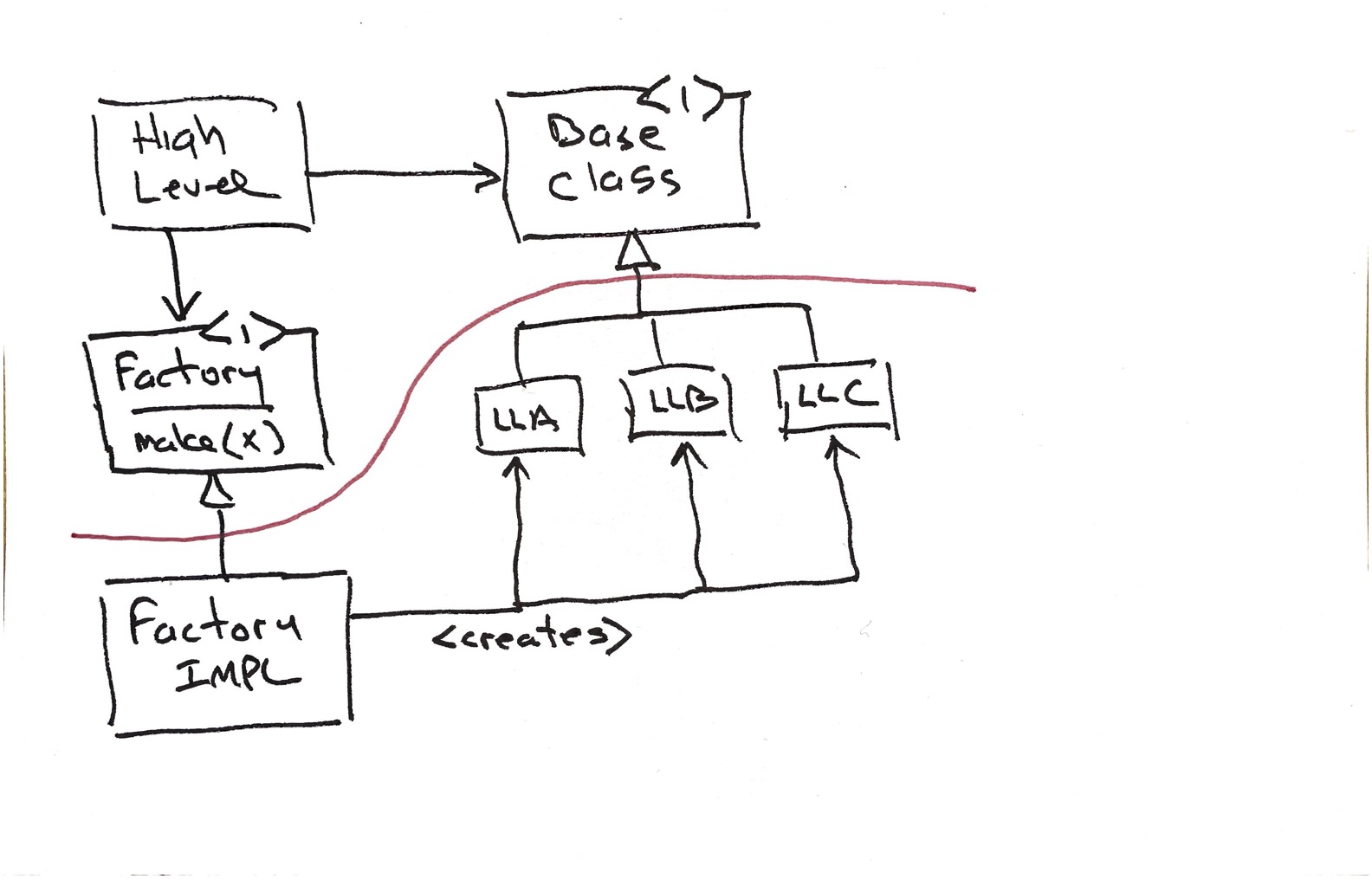 Note, again, the direction of the dependencies. See that red line? That’s a nice convenient component boundary. All dependencies cross it pointing towards the higher level modules.

Be careful with that token x. Don’t try to make it an enum or anything that requires a declaration above the red line. An integer, or a string is a better choice. It may not be type safe. Indeed, it cannot be type safe. But it will allow you to preserve the component structure of your architecture.

There are many ways to resolve that problem. I could keep this blog going for another 2,000 words or so describing them. To avoid that I suggest you look up The Interface Segregation Principle and the Acyclic Visitor pattern.

Anyway, isn’t it fascinating how interesting a discussion of a simple if/else/switch can be?